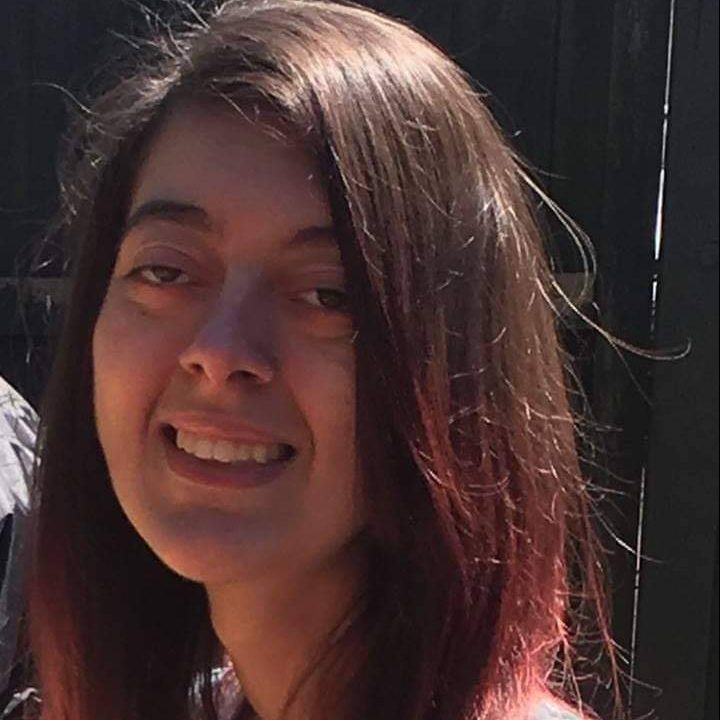 Rachael lost her hearing at 8 years old. It was devastating. It really was a loss and we went through a grieving process. At the time Rachael was introduced to a wonderful lady called Kendra. Kendra had pink hair and arrived at school on her motorbike, Kendra was profoundly deaf. She told Rachael that she had to find her “deaf identity”. She promised us that she would find it sooner or later. Rachael endured many tests, including one for Usher’s disease, where she had to endure needles in her eyes in a darkened room, very frightening for anyone, but particularly awful for a little girl who had lost the ability to hear.

Rachael did find her deaf identity and is now a beautiful 21-year-old woman who wears cochlear implants to hear. When she given her first implant, I remember her face lighting up when they turned it on. Soon after that she heard birds singing and was so happy as she hadn’t heard bird song for years. Rachael has mitochondrial disease and her hearing was unfortunately only the first loss she had to bear. She lost the ability to walk, the ability to breath for herself at night-time. She has to wear a ventilator when she sleeps. Rachael has lost her independence.

Rachael’s brother is 15 and also has mitochondrial disease. He has recently lost most of his hearing, and has to wear hearing aids. It has been so sad to see his hearing leave him, I wanted so much to find a way to stop it. I have watched him struggle in school and lose confidence. The technology is wonderful, but it can never make up for natural hearing. Rachael and Joseph will always struggle to hear anywhere there is extra noise. School, restaurants, pubs are all difficult. Subtitles are always needed in cinemas and on TV. We have travelled miles to watch subtitled movies, only to arrive and the cinema has forgotten to put them on.

They hate it when they ask people to repeat themselves and are told “Oh, it doesn’t matter”. When their equipment doesn’t work, or are treated like they have an inferior intellect just because they can’t hear, or are even seen as being less attractive. However, the technology is wonderful and who knows, perhaps one day there will be a cure for deafness, just as we hope there will be a cure for blindness and ultimately for mitochondrial disorder. In the meantime we will be patient and grateful there is so much wonderful technology and that Rachael and Joseph have become stronger human beings for enduring their losses.’